Part I: The Yellow Emperor’s Canon and Foundations of Chinese Medical Theory 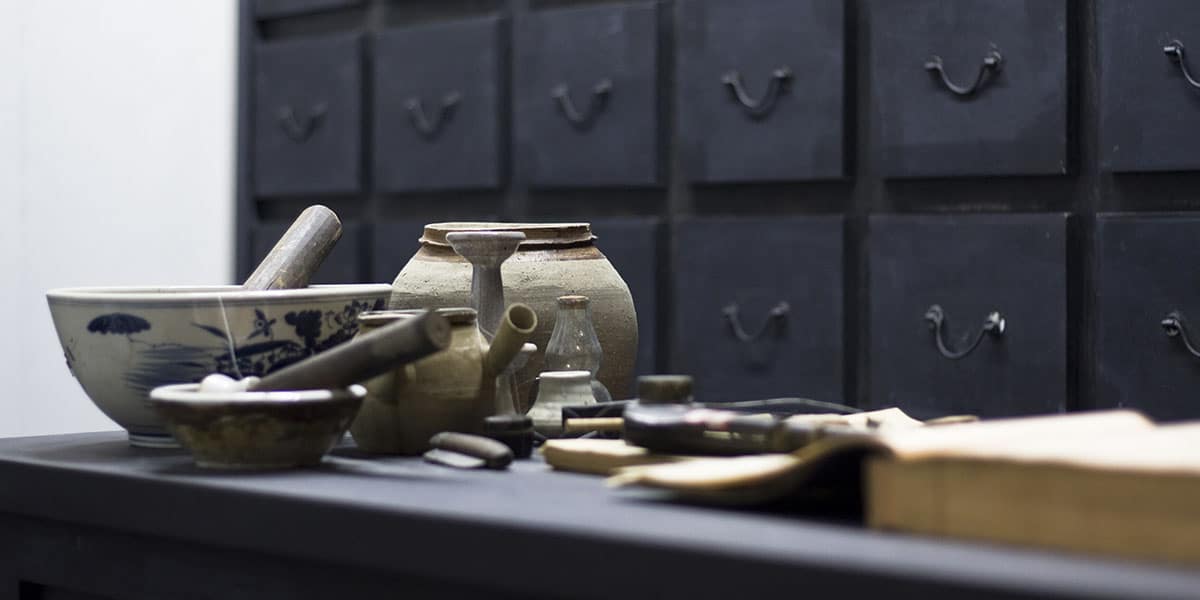 Part I: The Yellow Emperor’s Canon and Foundations of Chinese Medical Theory

The Yellow Emperor’s Canon and Foundations of Chinese Medical Theory

When we think of the health sciences we think of biology as the foundation where students build their knowledge to learn about physiology and anatomy so they may understand what makes a body healthy or sick.

Likewise, the ancient Chinese observed the natural world to look for continual patterns that could explain why some maintained a long healthy life and why others fell ill. During the Warring States period, dissecting the human body became the means to try and understand how it worked. The attention of these dissections was on the blood vessel networks of the body. The blood vessel and muscle relationships would become the acupuncture charts that we see today, and the blood vessel and organ relationships would give rise to understanding internal medicine. The key understanding was that the health of the blood and how efficiently it runs through the body would become the fundamental principal on which health was based.

I would argue that the health of the blood and its flow was one of the first understandings of homeostasis and it would be expanded to encompass understanding of organ function, holistic function across organ systems, and the conceptual understanding of metabolic energy millennia before microscopes and blood tests.

Furthermore, there was an understanding that there is more in our blood than just red blood cells; today we know this as the immune cells and metabolic factors such as hormones, fats, amino acids, carbohydrates, vitamins, and minerals. Yet despite not having a microscope available to parse out every individual part, the ancient Chinese had a clear understanding of the multiple building blocks of the body and how they interacted.

How do we know this? Well, like the Confucian Analects or the Dao De Jing, the first manual on medicine was called the Huang Di Nei Jing. Also known as The Yellow Emperor’s Canon of Internal Medicine (three other volumes with similar names were lost), it was written down in the 300s BCE. The work is written as a conversation between the mythical Yellow Emperor and his head physician QiBo (chee-bow). Written on bamboo strips that were bundled like a sushi rolling mat, the work would be copied through the ages until the Chinese invented paper and moveable type ensuring its survival to the modern day.

The language used is abstract in some cases, using lots of metaphors, but even today’s top translator of ancient Chinese, Paul Unschuld, agrees that this work was written to clearly pivot away from mystical reasoning. I will spend the rest of this blog discussing how the book lays out physiology and the foundation of Chinese Medicine theory.

We have all seen the picture of the Yin/Yang symbol, black and white swirling together. Yang being the sun, brightness, warmth, and Yin being the moon, darkness, cold. This idea manifested during this period of history as well and I would argue that it was the first understanding of natural law and physics; the foundation on which all of reality is built.  Today we would see Yang in physics as kinetic energy and force, while Yin would be solid matter.

The ancient Chinese seemed to grasp this concept and understand that it is the interaction of matter and kinetic energy for life to exist. Yin Yang theory states that even in the utmost Yin, Yang exists and vice versa. They also understood that there is always a constant movement between these forces and that they always cycle back and forth.

We observe this as entropy, gravity, and the First Law of Thermodynamics (energy can neither be created nor destroyed). They applied these ideas to the human body and understood that the body, like nature, was constantly changing, but if one of the two forces became too great the result was death. So, to fix a problem in an individual it required balancing these forces within the human body. It seems fantastical at first, but really this is how medicine is practiced. Patients must be kept within the certain balanced scales of pH, blood pressure, nutrient levels, etc.

The Chinese ascribed Yang in the body as its ability to keep warm, innervate circulation, and what we know now as hormonal stimulation. Yin was the physical structures (bone, organ tissue, and the vessel tubes) and fluids (water, plasma, saliva, and sweat). We could agree that the interaction between these forces is what differentiates a person from a cadaver.

However, in the Yellow Emperor’s Canon it is taken a step further and broken down as to the substances that run through all the vessels of the body and how the organs interact with these substances. In the YEC blood is said to flow through the blood vessels, but as a Yin substance it requires the Yang substance Qi (chee) in order to help circulate. Now we’ve all heard this word Qi before but it’s a word that has caused one of the biggest misunderstandings in the West, mainly due to a massive translation error at the turn of the 20th Century that has persisted until today where I still see lots of acupuncturists here in the US translate the word as “mystical energy” and is translated similarly in pop culture. This is absolutely incorrect.

The Chinese character for Qi氣is a picture of warm air wafting off a piece of hot rice, denoting the gaseous state. By itself it roughly translates to air. In Chinese, concrete nouns like person, water, spoon can use one character to denote meaning, but in order to achieve more complex language another character is added to specify its meaning.

In English, the word air is similarly abstract. It can be further specified as gas, atmosphere, sky, etc. In the YEC the word Qi is constantly modified to denote physiologic meaning, never supernatural energy. They even denote different types of Qi, the KongQi or vital air qi is breathed through the lungs and mixes with the GuQi from food that is absorbed through the digestive tract to make our Wei Qi and Ying Qi or defensive qi and nutritive qi that support the body.

In today’s parlance this means oxygen is breathed through the lungs, mixes with the nutrients of food to generate our immune system and metabolic factors that feed our cells. The YEC further notes this is all transported through blood vessels to nourish the body, pumped in a circuit by the heart. There is also recognition of YuanQi, or origin qi, that is given to us by our parents that determines how we look and how our health may be during our lives. We know this today as DNA and hereditary factors.

The YEC makes a few anatomical mistakes that lead to translation errors in modern day, but the conceptual understanding was certainly there.

For example, due to the pancreas and spleen sharing one artery (the splenic artery) they were grouped together as one organ. Today there is endless references to the Spleen in Chinese Medicine, but it would have been more accurate to have translated this system into Pancreas as all the texts on the subject describe what we know today as pancreatic digestive function.

We know today that the adrenal glands sit on top of the kidneys and release some of the most significant hormones that deal with stimulating our heart, stress response, and sex function. So in Chinese Medicine there is often a discussion about the duality of kidney function, its yin and yang aspects, which leads to confusion from western readers, but is more simply an early understanding of the urinary and hormonal aspects controlled by the region we now know as kidneys and adrenals.

However, there are several discoveries by the ancient Chinese that I think are not credited. For example, the mesentery system was reportedly discovered in the last few years, when it was clearly written about as a functioning structure separate from the organs in the YEC. The interstitium is discussed throughout Chinese Medicine history and a great deal of emphasis is put on the liver’s interaction with the lymphatic system which I believe will be an emerging source of interest in the coming years.

Disease or dysfunction of the body was also thoroughly understood in a logical manner. The Chinese theorized that a damaging qi was brought into the body by the world around us as if swept in by the wind. It would enter the body through the orifices and cause one of six pathologies to manifest. Heat, Fire, Dryness, Cold, Dampness, and Wind. We know these today as inflammation, fever, dry tissues/dysplasia, vascular contraction, edema/phlegm, and spasm/rigidity.

If our own defensive qi (immune system) failed to fight off this pathogenic qi then we would become quite ill and it would progress deeper into our bodies. Similarly, today, microbiology teaches us about viruses, bacteria, and parasites that invade the body and cause illness.

There was also an acknowledgement of disease arising internally. The YEC writes of how poor lifestyle, excessive drinking, improper eating, etc. all lead to disease. It also puts significant emphasis on emotional health and how prolonged or intense emotional states will damage the organs and cause symptoms to develop like headaches, digestive disorders, fatigue, chest pain, etc.

The most logical example is how fear is controlled by the kidneys and an excess can cause damage to the heart. We know today that the adrenal glands secrete our stress hormones that illicit our stress response or fight-or-flight response. We also know a prolonged duration of adrenaline to the system can have adverse effects on the heart and the liver. The one I find most interesting is that anger and frustration will cause liver pathology. Although I cannot find a good western medicine correlation yet, I find this clinically in my practice constantly.

The emphasis again was that the nutrient and blood flow supplied to the organs and body tissues should be uninterrupted in order to maintain perfect health. A pathogen or internal event that hindered this blood flow results in pathology. Hence why Chinese medicine puts so much focus on maintaining the health of the organs and the Qi/nutrients and blood that feed them.

How did the Chinese then diagnose and treat disease? This will be covered in the next blogs on pulse diagnosis, acupuncture, and herbal medicine.

Join us next time!