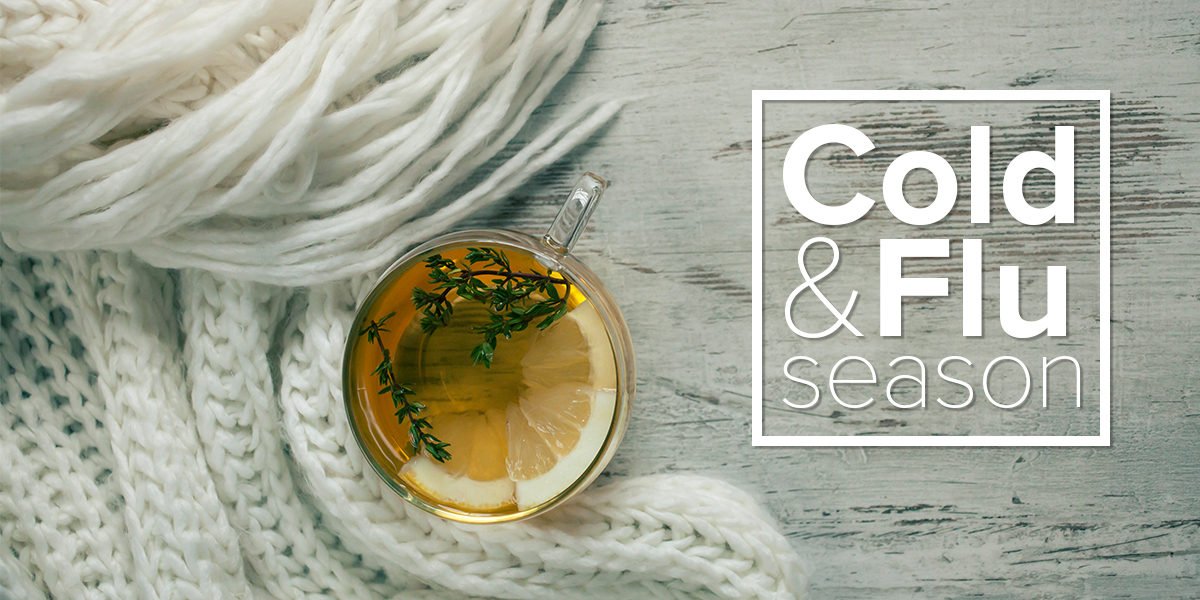 Cold and Flu season is upon us in Michigan. Our local CDC report from Southeast Michigan has shown an above average of reported hospitalizations for influenza related illnesses.

Clinically I have found more new patients coming to me with cases of chronic cough or lingering illness. An MD colleague of mine has also seen higher cases of lingering illnesses than the traditional one-week bout of the cold and back to work.

Part of the reason is the unseasonably warm weather here in Detroit. The lack of freezing temperatures is allowing a proliferation of fungus in the cold damp environment. This bacterium is clinging to the surfaces that we touch so they have a higher ability to be transferred to warm communal areas where they continue to reproduce.

One of the best parts of my job is treating cold and flu patients because my treatments work in conjunction with antibiotics, but they also work in cases where a patient has a virus and no prescription other than rest and hydration.

Chinese Medicine has been treating the common cold for nearly two millennia, and flu like viruses for several hundred years. Chinese herbal medicines are powerful solutions to combat these illness’s with many herbs having antibiotic/viral properties, antipyretic (anti fever), antitussive (relieve cough), expectorant (remove phlegm),  immune boosting, and can help with the digestive complaints of diarrhea, nausea, or constipation.

Modern research shows that the common cold may have more to do with exposure to cold weather than we thought. A Harvard research study https://www.ncbi.nlm.nih.gov/pmc/articles/PMC4311828/  showed that when exposed to cold temperatures our immune function is restricted in epithelial linings like our nose, mouth, and throat. Leading to a sluggish immune response and the allowance of pathogenic factors to attack our first tissue lines of defense; causing symptoms of chills, fever, sore throat, congestion, and cough.

One of China’s most famous physicians Zhang Zhong Jing is known for generating dozens of formulas to help get rid of the cold. He lived during the falling Han Dynasty where warlords were constantly fighting for power leading to a mismanagement of farmland that led to widespread famine and pestilence.

ZhangJi would treat countless patients suffering from exposure to the cold, malnourishment, and dysentery. He would write the famous Classic on Cold Damages (ShangHanLun) where he described the progression of disease from the ailing immune system at the exterior to the organs before death.

He used a great deal of Cinnamon Twig based formulas to rid the body of the common cold ailments and restore immune functions, saving countless lives and creating a clinical basis for formulas in the future. These formulas have the ability to dilate the peripheral vasculature, warming the tissue and strengthening the immune function. I still use many of his formulas in my practice.

Flu and viruses as we know are caused by highly pathogenic viruses and bacteria that quickly invade the body through droplets that cause our bodies to react in high fever, hyperinflammation, swollen glands, and vomiting/diarrhea. This more extreme form of pathology also plagued Medieval China as it became exposed to distant lands through advanced trade and sea travel from the West. The previous formulas from ZhangJi were no longer found to be effective. Physicians would spend countless years trying to fight against these epidemics and created the Warm Pathogens School of Medicine (Wen Bing).

Many formulas that I often use for sinus infections, chronic cough, and fever were generated. Gypsum and annemarrhena combination are a powerful duo to combat fever, Lonicera and Forsythia a strong antiviral and bacterial combo that shrink swollen lymph glands, and trichosanthes and mulberry leaf to deal with yellow sticky sputum or dry coughs.

Clinically these herbs work great even if you are taking antibiotics. Review of many of these herbs in “Doctor of Pharmacy”, John Chen’s reference book shows a potentiating effect, meaning, the herbs will help the antibiotics your doctor may prescribe for you work better.

Many of my patients are thrilled by how well the herbs reduce their symptoms and make recovery time much more bearable and shorter lived rather than being sick for weeks.

If you happen to get sick this winter remember we can help! Whether you want to come in for acupuncture, herbs, or both, we can help you!